This video is a mashup of Twin Peaks: The Return and Seinfeld. In it, I combine a scene in which Twin Peaks' Agent Cooper and Laura Palmer meet in the mysterious Black Lodge with a scene from Seinfeld in which Jerry and Kramer sit in an operation theater eating Junior Mints. Jerry and Kramer bicker from their vantage point and complain about not being able to see or hear what's going on in the Black Lodge until they accidentally drop a Junior Mint into the scene below.
This was a fun little project I did after work as a way to interact with the Twin Peaks: Logposting Facebook group. At the time, Seinfeld x Twin Peaks mashups were pretty popular, to the point that someone created a Seinpeaks logo and popular Instagram account, complete with merch. I'm a big fan of both shows so this was perfect for me and these two scenes came to mind almost instantly as a perfect mashup. The combination of the Junior Mint scene and the red velvet curtains is, in my mind, totally iconic.
I had a lot of fun making the edit work, and in a way these projects are excellent editing practice because you have to make it work with the minimum amount of footage. I rearranged the action in both scenes to make everything make sense and culminate in a strong punchline: Kramer dropping the mint into Laura Palmer's glowing face hole.
From a technical point of view I was learning about motion tracking and compositing which were the main effects skills I used when producing the video. One thing I found interesting about compositing in this video was how important it is to match the most subtle camera motion. In Seinfeld and most older shows I've seen, all static shots vibrate subtly, at the scale of 1 pixel or less. That subtle motion must be tracked and effects elements, like the red curtain in front of Jerry and Kramer, can blend in seamlessly if it's done correctly. It was a lot of fun and I hope you enjoy it! 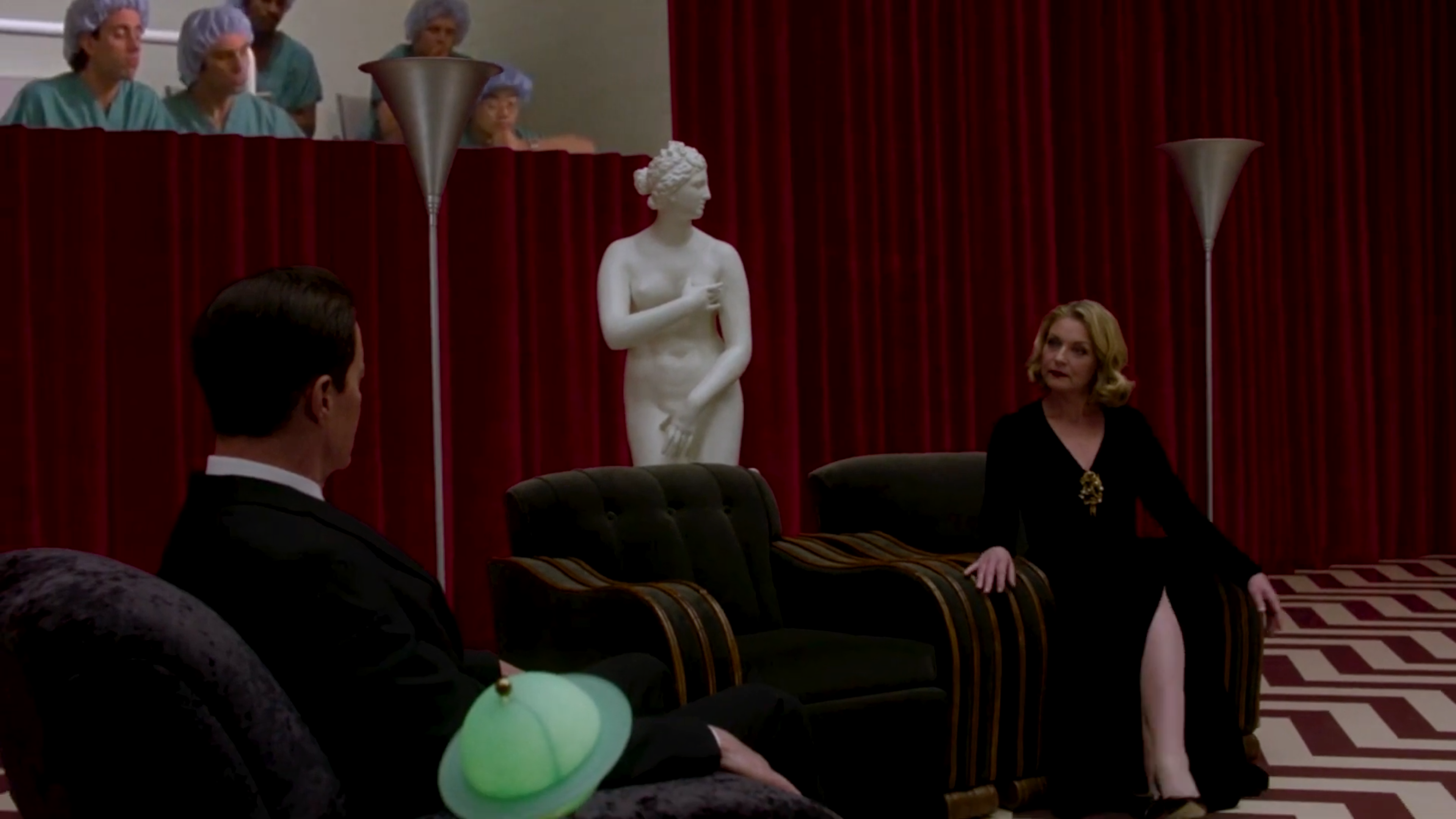 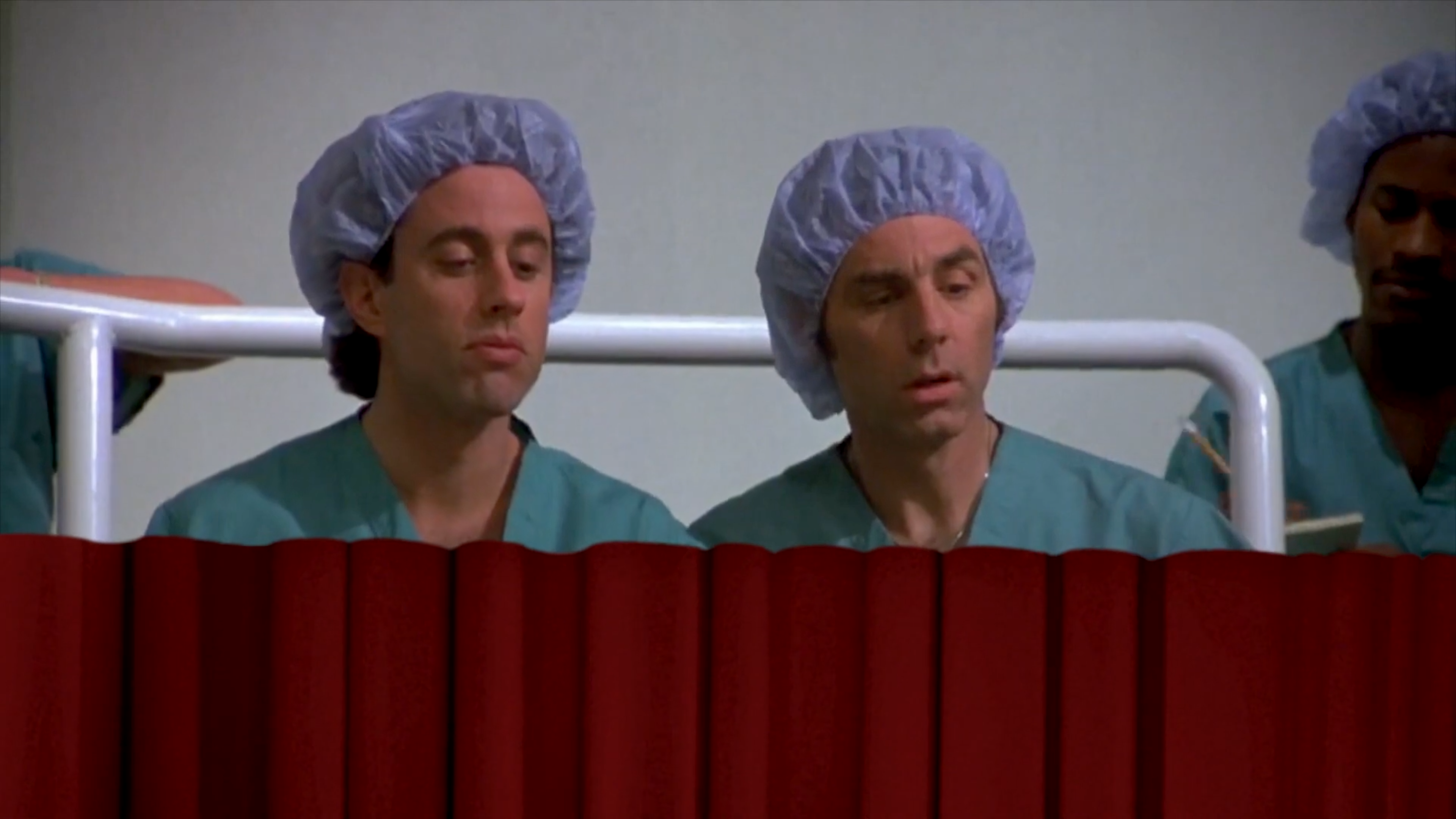 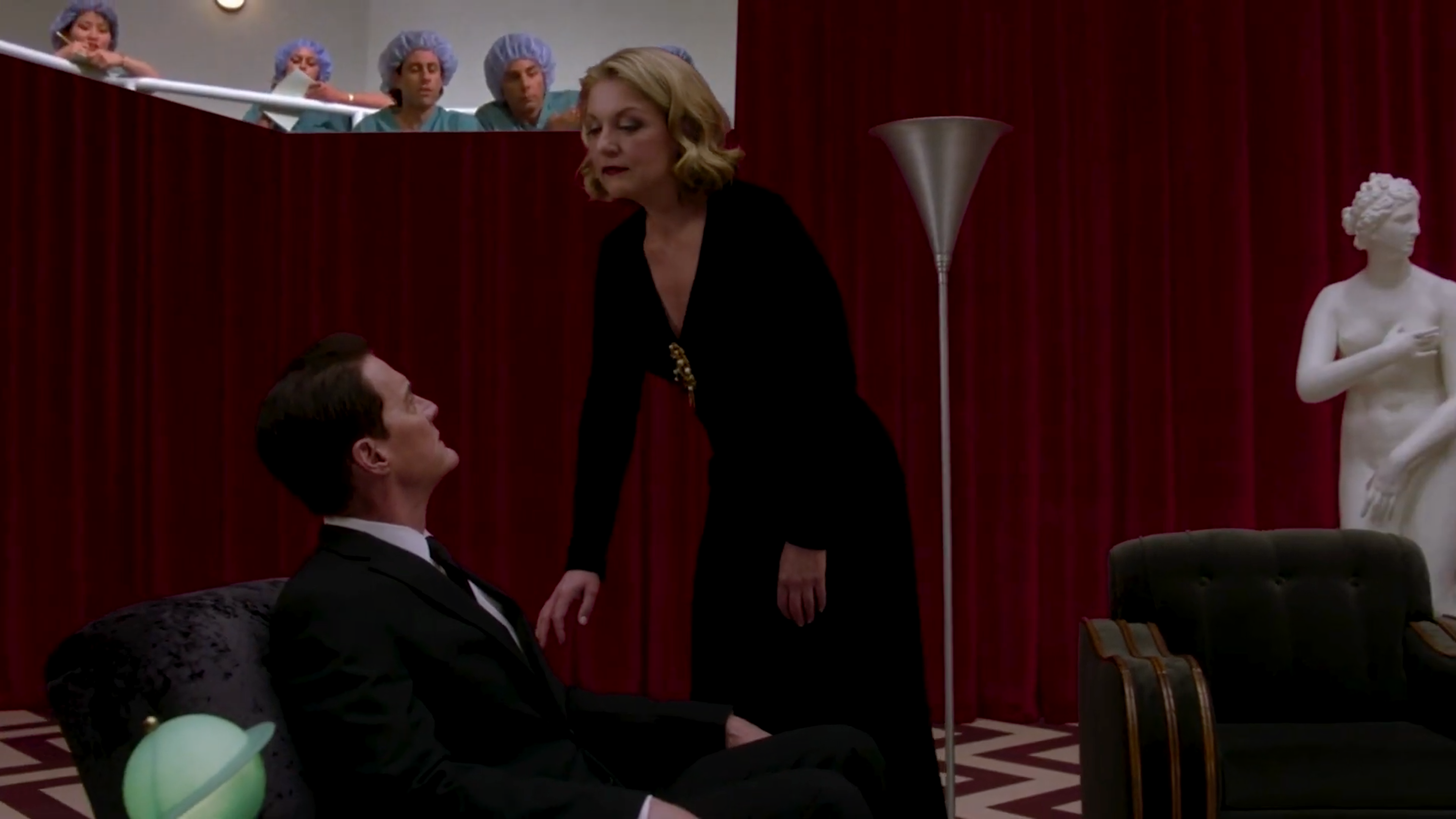 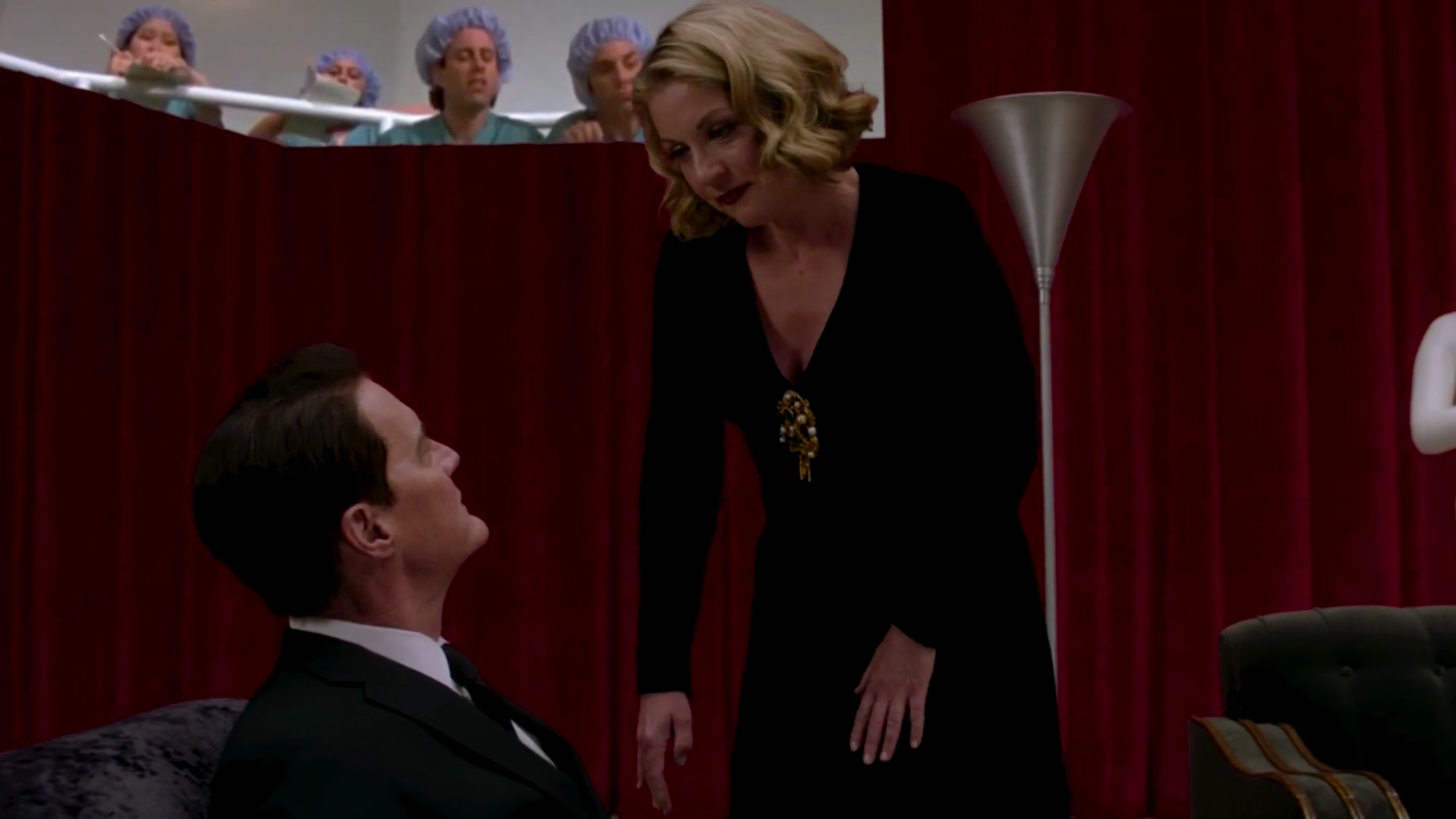 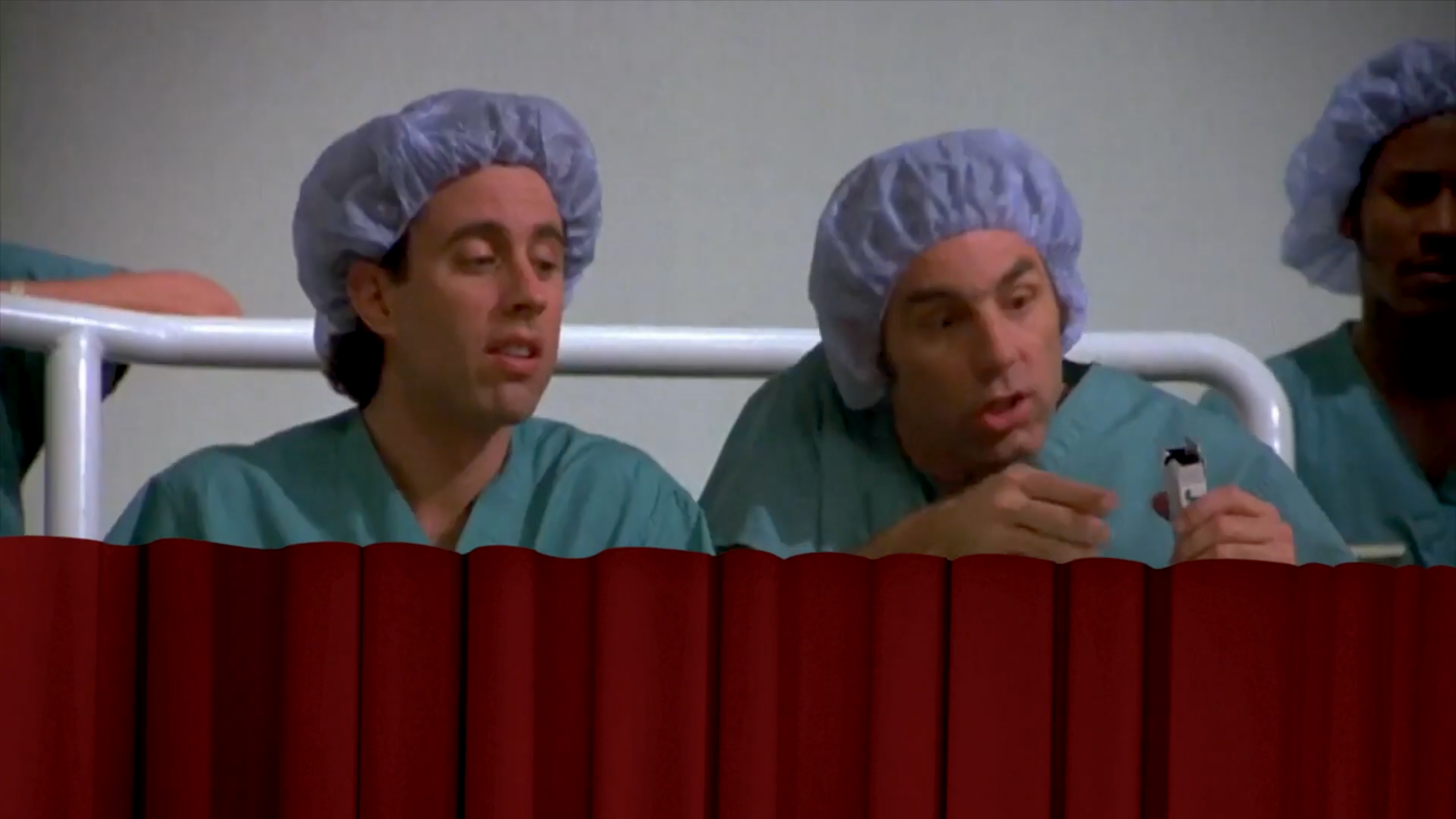 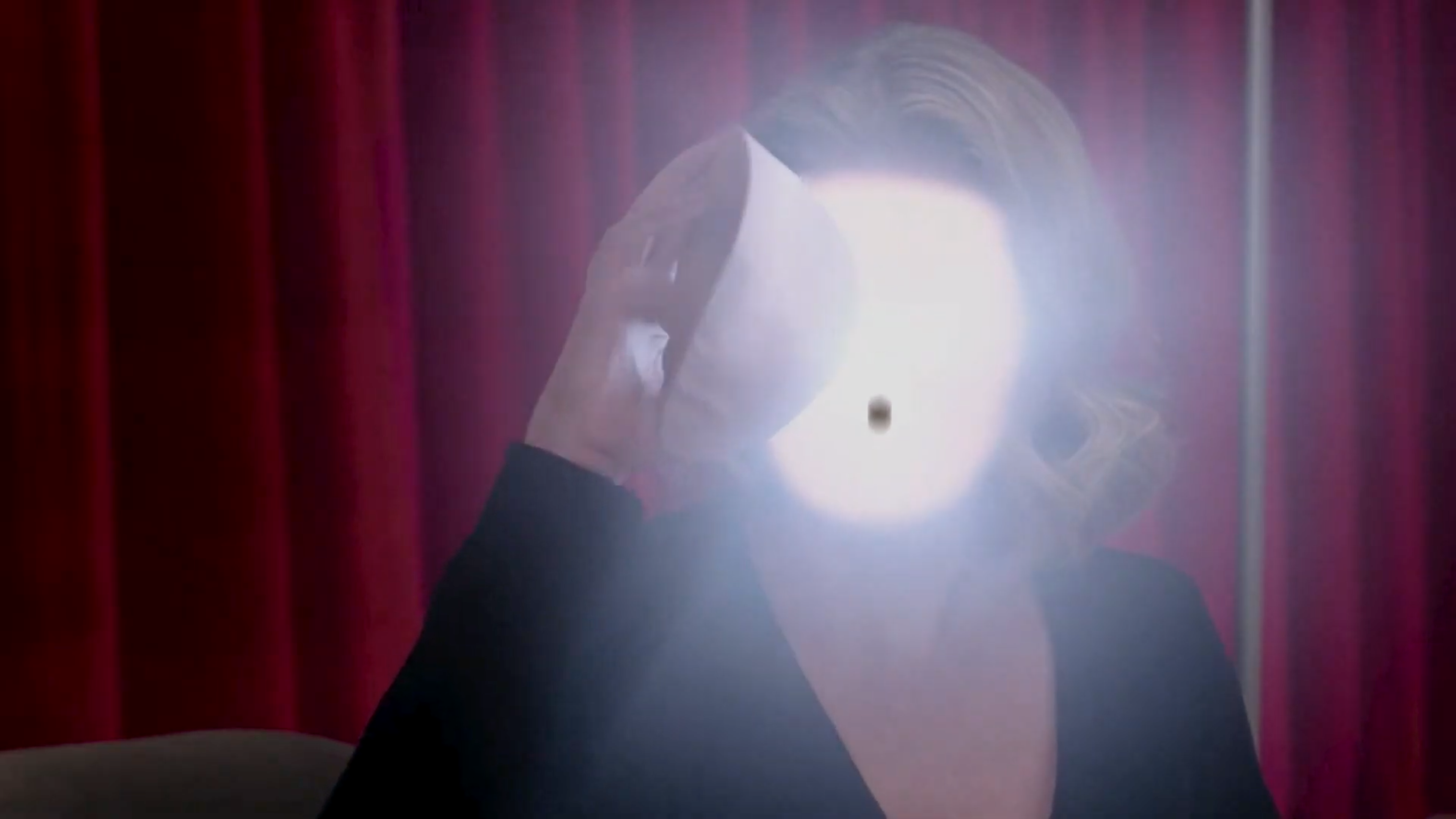 How Can We Help Tom? Animated Shorts for Stanford

Attack of the 50ft. Woman
↑Back to Top